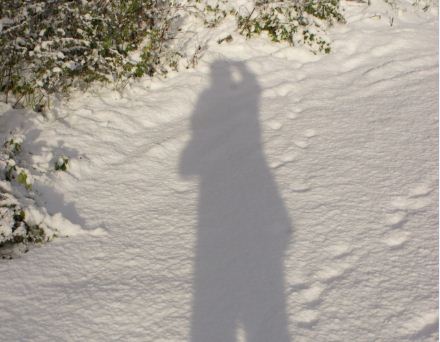 “At birth we are connected to the real world and then, subtly, without our nascent consciousness even being aware of it happening, a veil is slipped over our minds. As we proceed through our lives layer after layer is wrapped around us to suppress any inquisitiveness we may have…We are enmeshed in lives that leave little room for inquiry, and so set in our ways by the constant forces that have governed our thoughts that we do not seek out truth – we only seek out what the system has taught us are worthy goals: money, material possessions, career progression, synthetic happiness and whatever “dream” our adoptive country is driven to aspire to.”

During my years as an active protester, usually involving standing by lots of different roadsides, the Doppler Effect played many interesting tricks with the abuse thrown in our direction. It was easy enough to tell who was feeling brave: the words, whatever they may have been, would increase in frequency. The less brave would find their words undergoing a descending diminuendo making it clear we had nothing to fear, despite the obvious bile expressed. The most interesting tricks involved both an up and down in frequency as some effort was obviously being put into the lengthy comments yelled out: those were the ones worth listening to.

So, alongside the chorus of “Fuck you!” “Get a job!” “Wanker!” and “Get a life!” were more unctuous morsels to digest, among which would appear – with surprising regularity – “Go and live in the real world.”

There’s an obvious unreality about holding up (as I later understood, completely pointless) banners alongside a road, or trying to give out leaflets to passers-by; but as I learnt about the nature of civilization, and particularly Industrial Civilization from my friends and various authors (some of whom would become my friends) that phrase really started to jar. I would think, “Fuck you! With your 9-to-5 jobs and your 2 week holidays on a crowded poolside and your aspirations to have a bigger television than your best mate that you drink fizzy lager with down the local pub-cum-meat market.” It wasn’t so much the person as the life regarded as “real” that angered me, and still angers me so much. Despite a good friend declaring that everything is natural, because it was at least the agency of something that was created by something that is natural, that doesn’t make it Real.

And that’s the crux of the matter. “Go and live in the real world” is actually a desperate need for belonging; a distrust, perhaps even a fear of anyone who doesn’t occupy the world that the speaker
(shouter)
himself occupies. Civilization has progressively created a world that consists not only of countless artefacts that would have most likely never been spontaneously created in a society outside of civilization, but also a mindset that denies the worthiness, even the existence of a world outside of the civilized one. “Go and live in the real world” actually means “Go and live in my world”.

It is entirely possible that all cultures have their own concept of what is real, and that anything outside of that culture is somehow less real. There is nothing sinister or even odd about that; culture, after all, is what defines how a group of people live, and creating the cohesion necessary to keep people in that group is bound to involve an element of elitism in the form of your particular worldview being more valid, or more “real”, than that of any other group. Of course an individual or group of individuals may wish to genuinely aspire to a different and heightened sense of reality, and that is certainly the case for those who are struggling to escape civilized society and live in a different way. But I believe that is exceptional, and in most cases we have always thought that our version of reality is more “real” than anyone else’s.

There is an interesting philosophical element to this. The idea that you can take a truly objective view of anything is patently absurd, and this has been addressed for many centuries certainly in Western philosophy. We are, after all, subjective beings: we inhabit a body that takes inputs from both the outside world and our own bodies, and contribute outputs that change both the outside world and our own bodies (assuming you accept the brain as the centre of our being and not just Woody Allen’s second favourite organ). Our worldview is always going to be obscured by our subjectivity, and despite attempts to empathise with things that are not us, we are bound to see ourselves as slightly more real than anyone or anything else. I’ll dip into that idea a bit more, later. For now I think it shows quite clearly that there is nothing wrong per se with the idea that your world is also your reality. On the other hand, what do we actually mean by the word “real”?

The guy in the white van, shouting surprisingly articulate abuse knows. What he means is more akin to worthiness and usefulness than any objective view of reality. He, as we have suggested, rightfully distrusts what is not familiar, but more than that he considers anyone who does not follow the rules set down by the culture he has grown up in as an unworthy and less useful member of that society. The fact the society White Van Man embraces with vocal alacrity is anything but worthy or useful to the global ecology and humanity as a whole is not relevant: he has been taught that what matters is the pursuit of wealth, material goods and industrial-scale leisure, and the means by which he can show off the attainment of these goals. The trees can go fuck themselves. Look at my house!

This is not a cheap stereotype – it describes the aspirations of civilized society in one of its many forms, varied perhaps by location or fashion, but essentially the same wherever and whenever in the civilized world you go. A few years ago we went for a walk in the South Essex countryside, what remains between the roads, housing estates, retail complexes and car parks. Abandoned railway lines fascinate me, not only because of the chance to imagine what the usually wooded strip of embankment or cutting might have been like with trains running through it, but also because of the magical claim that wild nature has made upon the space, reclaiming a former industrial site for its own. As we stepped down off the embankment, made impassable by writhing brambles and washes of nettle, we encountered a gate and a sign that said, “Permissible Footpath”. What this means is that whoever “owns” the land has agreed to allow walkers to cross it along the existing footpath rather than paying off the local authorities so it could be diverted a few miles around this, as it turned out, golf course.

I hate golf courses. I hate golf courses with their own housing estates even more. As we sat on a sterile greenspace, eating eggs and apples I imagined what it would be like to wake up every morning overlooking acres of manicured grass, bunkers and neatly trimmed hedges, before going off to work in my Mercedes, returning later to play a round of golf and finishing off with a pint of carbon-pumped beer in the clubhouse. I turned to my wife and said: “This is really it, isn’t it?”

Yet that is the pinnacle of civilized reality. As we sat, itching to move on but still hungry, a groundsman walked up. He expressed disappointment that we were sitting on the edge of the fairway, explaining that a party of golfers were due shortly and that we should move on. Our diffidence was met with insistence. With wonderful timing, my wife stood up and said: “I don’t want to look at this any more.”

I quite like Richard Dawkins. His books have helped me to understand the nature of science and belief in ways that without him I would almost certainly have failed to; and almost certainly fallen foul of all sorts of fallacies and spurious ideas that seem to hang on like well-meaning leeches wherever I turn. Sometimes, though, he lets himself down. Here’s a quote from Dawkins on a radio show I listened to the other day:

“When you think about what [reality] is telling you, the science of reality, the science of physics, the science of biology is telling you why you exist; how the laws of physics has taken the simplicity of molecules and atoms and built them up over billions of years to make something so fantastically complicated that it can make up ghost stories, and read and write and listen to music and be loving and hating. Isn’t that just a stunning fact, and that’s what you get from reality. And any amount of magic, any amount of supernaturalism is just playing around…a cowardly kind of playing around compared with the wonder of understanding things through reality.”

Which all sounds fine and good, until you ask the question, “But what do you mean by reality?” If I’m not making myself clear then go to sleep, but first set an alarm. When the alarm wakes you up the chances are that you will have been dreaming. As you move rapidly towards a non-sleeping state you realise that the thing you were experiencing was what we in Western cultures call a “dream”; but during that state it is highly unlikely you would have been able to distinguish “dreaming” from “reality”. The quotes aren’t there to confuse you; they are there because there is no objective way to distinguish the different states while they are happening. As far as most people are concerned, when they are dreaming, the dream is real. I suspect Richard Dawkins might struggle to argue otherwise.

This, of course, puts the lie even more forcefully to the idea that the civilized way of living is inarguably more real than other ways of living. When we dream we are connected to our primal emotions and thoughts in a way that removes many of the cultural filters that block such connections in our waking hours. It is no surprise that many indigenous cultures do not distinguish between “myth” and “reality”, “dreaming” and “reality” or any other state we like to think is distinguished from what we blithely consider real.

So, when someone talks about the real world, the first thing you need to consider is from what viewpoint they are talking. The economic commentators and military experts on the television have a completely different view of what is real to, say, a bushcraft expert who has embraced the importance of a living, intact habitat. As for dyed-in-the-wool scientists: well, maybe they do have something useful to say, but only after they are happy to accept that 99.9999% of matter is, in fact, just empty, unmeasurable space…

All work on The Earth Blog is licensed under a Creative Commons Attribution-Noncommercial 3.0 Unported License.